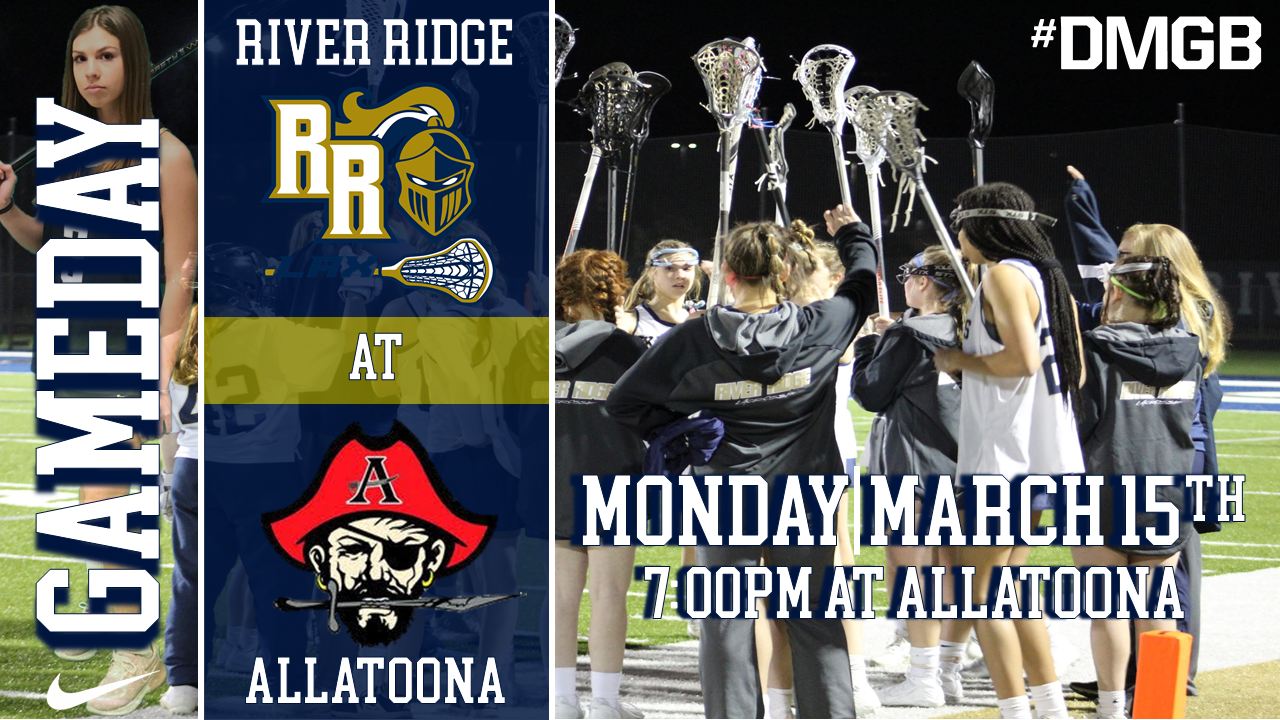 The Lady Knights Lacrosse team traveled to Allatoona on Monday night to take on the Lady Buccaneers in an Area contest. It took awhile for the Lady Knights to get their legs under them and get things going as Allatoona jumped out to a quick 4-0 lead with 4:30 off the clock. However, the Lady Knights dug in and were determined to chip away at the deficit. Grace Hamrick won the draw after the fourth Buccaneer goal and quickly moved the ball down the field getting it to Maggie Gallion. Gallion did the rest taking it straight to goal and dropping a shot in right between the pipes to get the Knights on the board. Senior Ellie Howard to a pretty assist from fellow Senior Hannah Vecsey and stuck a nice solid shot into the upper right hand corner of the goal to bring the Knights within two goals with 19:11 to go in the half. Vecsey would add a goal later to bring the score to 6-3 in favor of the Buccaneers. The Lady Bucs would put 3 more goals in the net to build a 9-3 lead before Junior Nora Mansell gave the Knights a boost with her first goal of the evening to bring the Knights within five goals. The Lady Bucs stuck their final goal of the half in with 3:23 to go to put that score at 10-4 and that’s how the half ended.

Determined to prove that they were better than they played in the first half, the Lady Knights stormed out and made a statement in the opening minute of play putting two goals in the net in the first fifty-one seconds. The first was on a nice feed from Junior Jordan Pruitt to Vecsey who finished it off with a solid shot in the upper left-hand corner of the goal. The second was on a beautiful assist from Vecsey to Junior Rylee Holland who made it count. The Knights were now within striking distance down 10-6 with a lot of game left. The Lady Bucs answer with the next two goals pushing their lead to 12-6. However, the Lady Knights went on a run scoring four unanswered goals to close within two being down 12-10 with 4:06 left in the contest. In that span, the Knights got two goals from Sophomore Riley Parker and a goal each for Pruitt and Senior Ellie Howard. However, that’s as close as the Knights could get as the Bucs answered adding three unanswered goals of their own to push the lead back to five. Not giving up, the Knights kept chipping away as Vecsey and Howard added the last two goals of the evening to put the final score at 15-12.

As coaches, we couldn’t be more proud of these young ladies as they literally left everything out on that field and fought to the bitter end. On the evening, Vecsey led the Knights with three goals and four assists. Howard chipped in three goals of her own with Parker add two. Pruitt, Mansell, Holland, and Gallion each chipped in a goal apiece. Defensively speaking, Freshman Emma Porterfield had a solid night in goal stopping forty percent of the shots she faced. The Lady Knights look to get back to their winning ways on Wednesday, March 16th as they travel to North Cobb to take on the Lady Warriors. GO KNIGHTS!