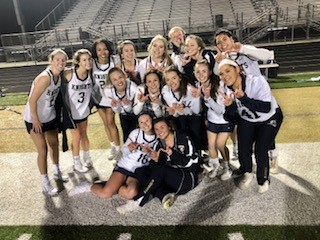 It was an exciting week for the Girls Lacrosse program as both the JV and Varsity picked up two wins this past week. On Friday, the JV defeated North Cobb 6-5 in a thriller while the Varsity cruised to a 16-4 win over the Lady Warriors in the night cap.

The JV are in action at The Ridge today in a Round Robin format tournament that will get under way at noon. Both return to action on Monday in another Area contest against Etowah at Etowah. GO KNIGHTS!