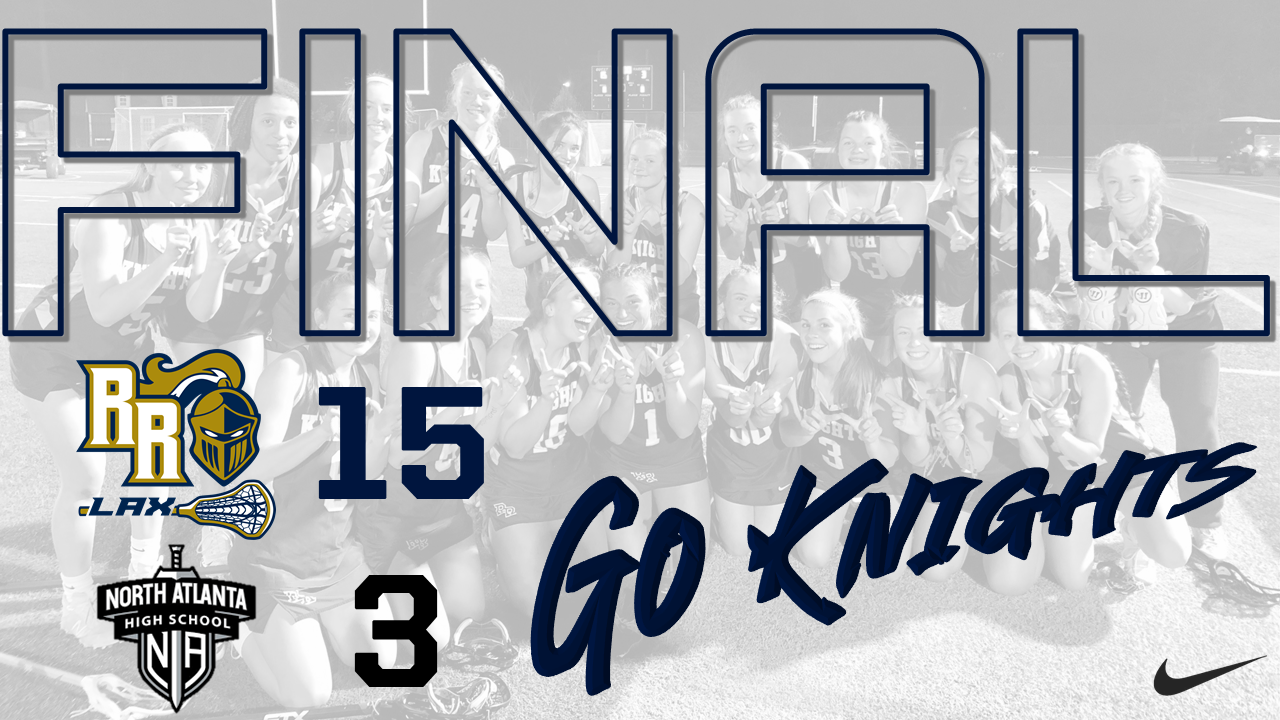 The Lady Knights picked up a huge road win dominating the Lady Warriors of North Atlanta 15-3. The Lady Knights came out firing as they jumped out to a quick 2-0 lead off of two goals by Senior Hannah Vecsey. The Knights kept the foot on the throttle as multiple Knights added goals to put the Knights out front 8-0 at intermission. Vecsey picked up two more goals while Nora Mansell, Riley Parker, Maggie Gallion, and Rylee Holland each added goals.

Starting the second half a man-up, the Knights picked up were they left off and were firing on all cylinders as Hannah Vecsey put goal in quickly to push the lead to 9-0 in favor of the Knights. Riley Parker added two more goals in the second half while Maggie Gallion added another one of her own. Jordan Pruitt, Haley Warholak, and Ellie Howard picked up goals as well for the Knights. What was most impressive was the selflessness that our Lady Knights played with as they had 8 assists on the night.

The midfield and defense was stellar as Goalie Emma Porterfield had a good night in goal. The victory over the Lady Warriors brings the Knights record to 3-3 on the season with several big match-ups on the schedule next week. The Lady Knights will travel to Allatoona on Monday, March 15th. They will follow that trip up with a journey to North Cobb on Wednesday, March 17th before returning home on Friday, March 19th to host the Etowah Eagles. GO KNIGHTS!!