At the recent Thursday night JV River Ridge football game, our Knights took on the Etowah Eagles. The defense allowed zero points and scored seven points of their own with an interception for a touchdown.  The offensive performance was spurred by the excellent performance of Daniel Fichtner, who had both the offensive touchdowns in the game and broke many tackles along the way. In addition to those two touchdowns, Daniel Fichtner also had an amazing kickoff return up to the fifty-yard line to start off the game for River Ridge. The River Ridge special teams had an amazing night, as Clayton Mixon had two punts that pinned the Eagles inside their own red zone. One of the most remarkable plays in the game was a 50-yard pick six expertly performed by Ethan Hand. The Knights came out victorious over their divisional opponent the Etowah Eagles with a final score of 21-0. 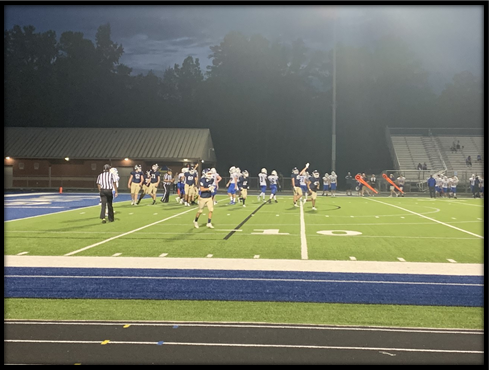 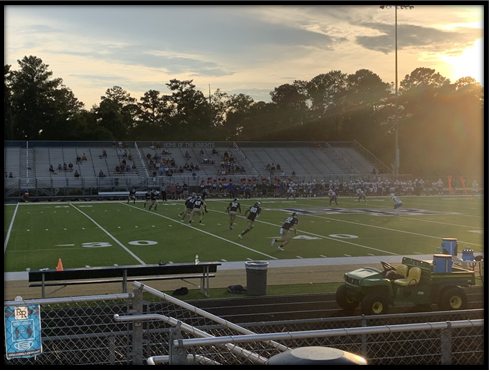